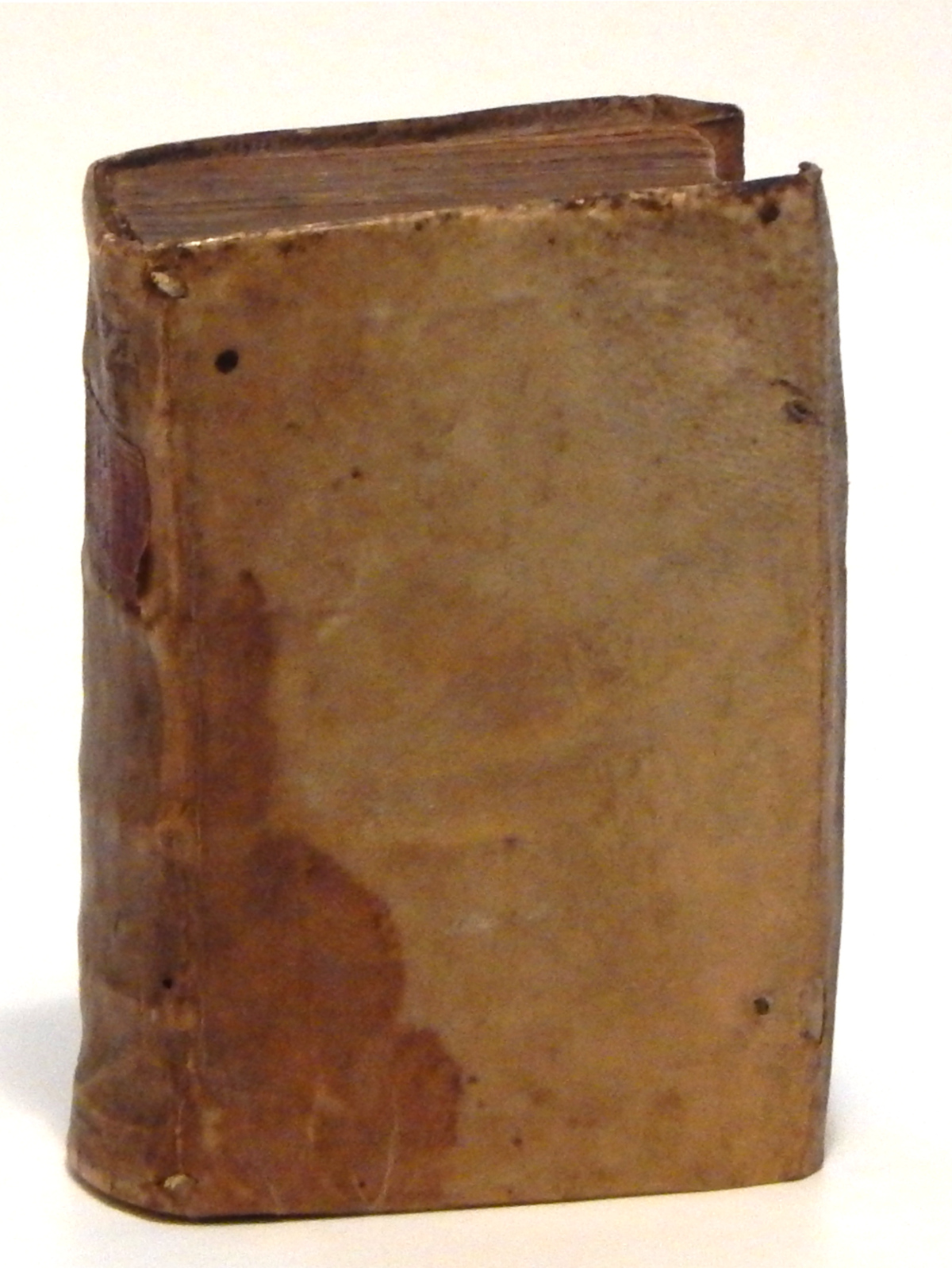 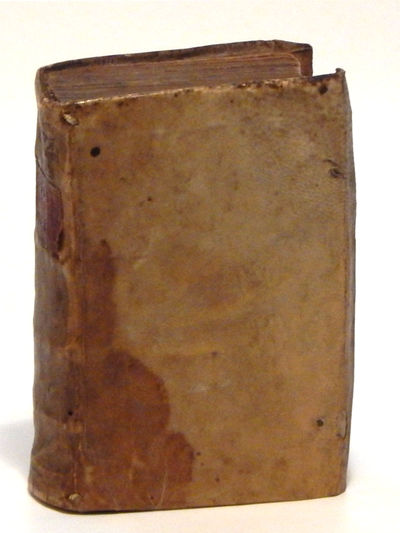 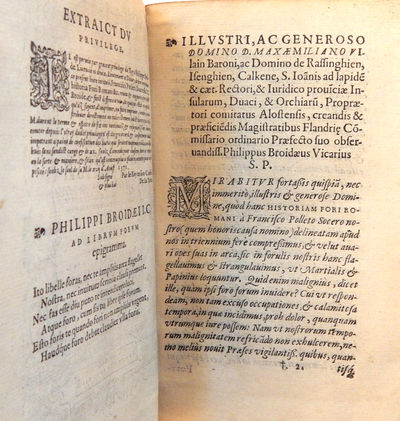 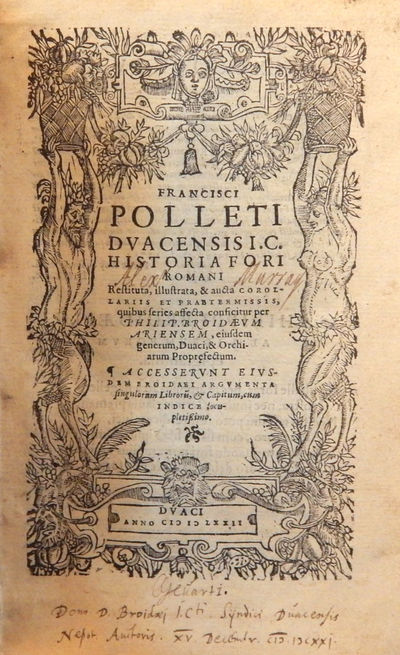 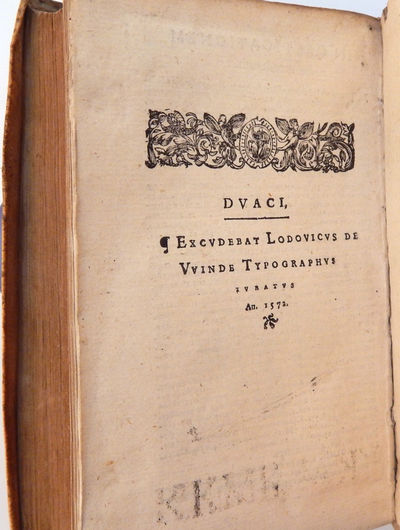 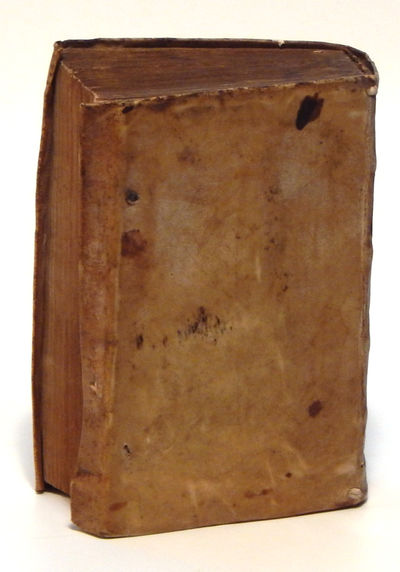 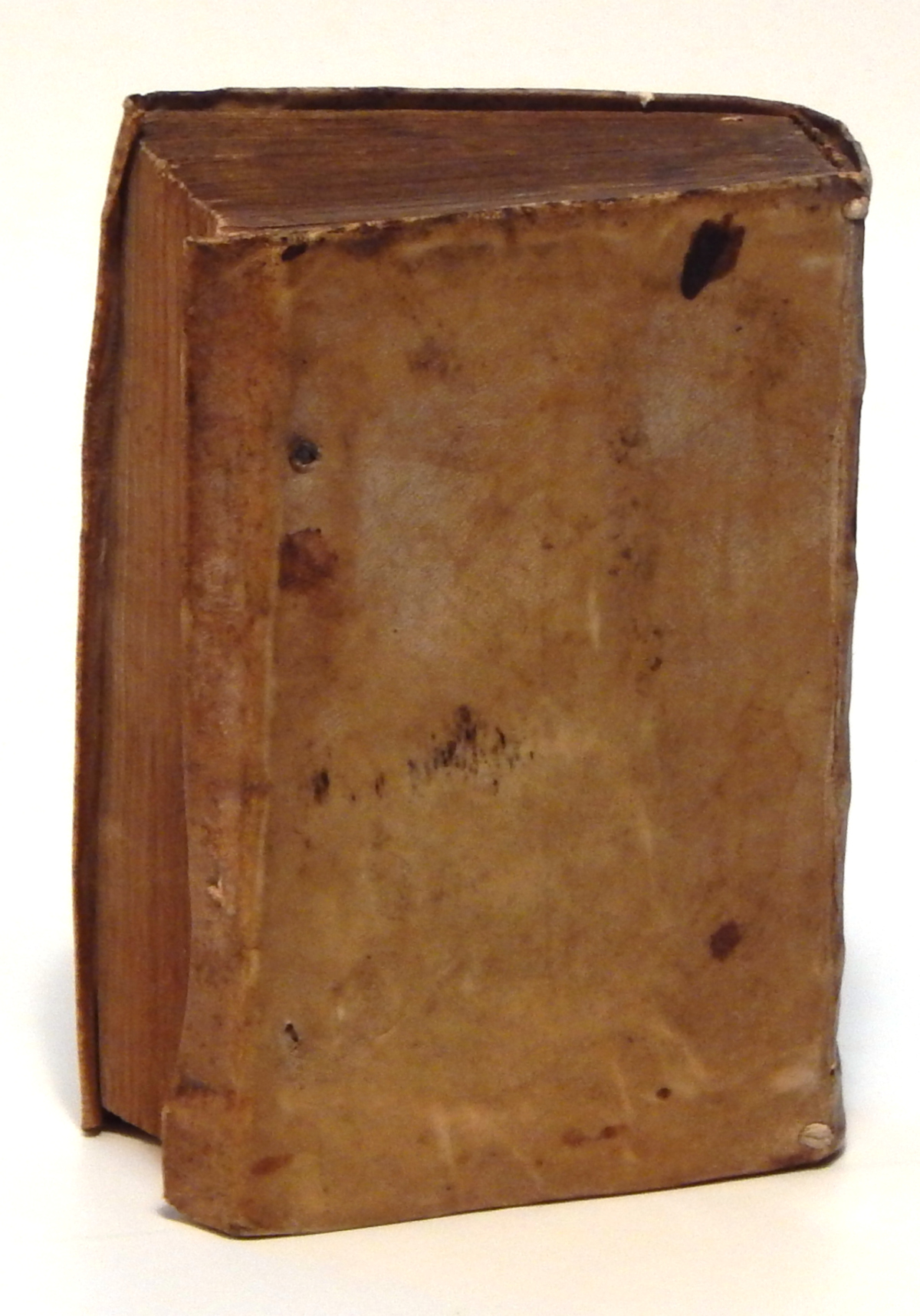 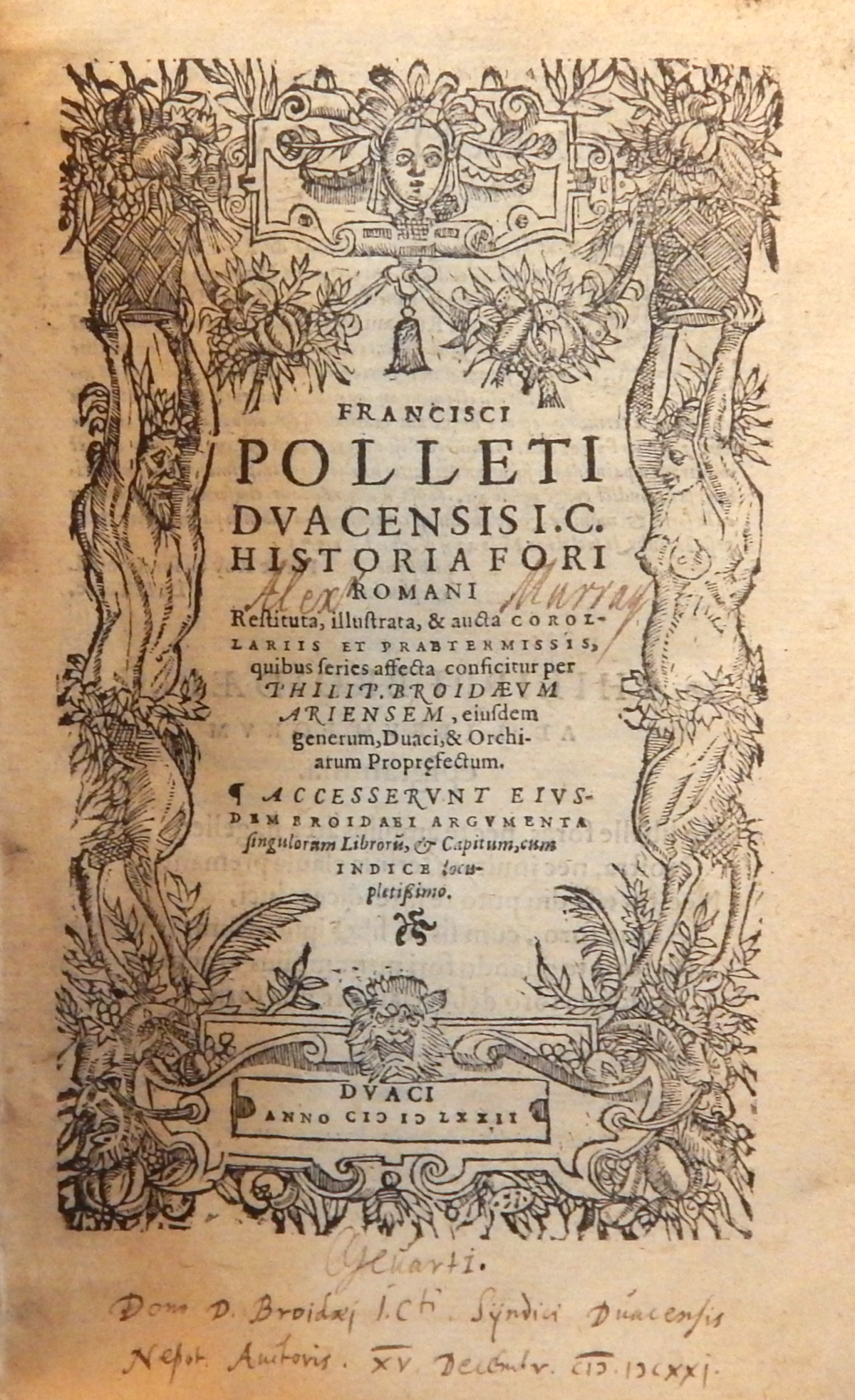 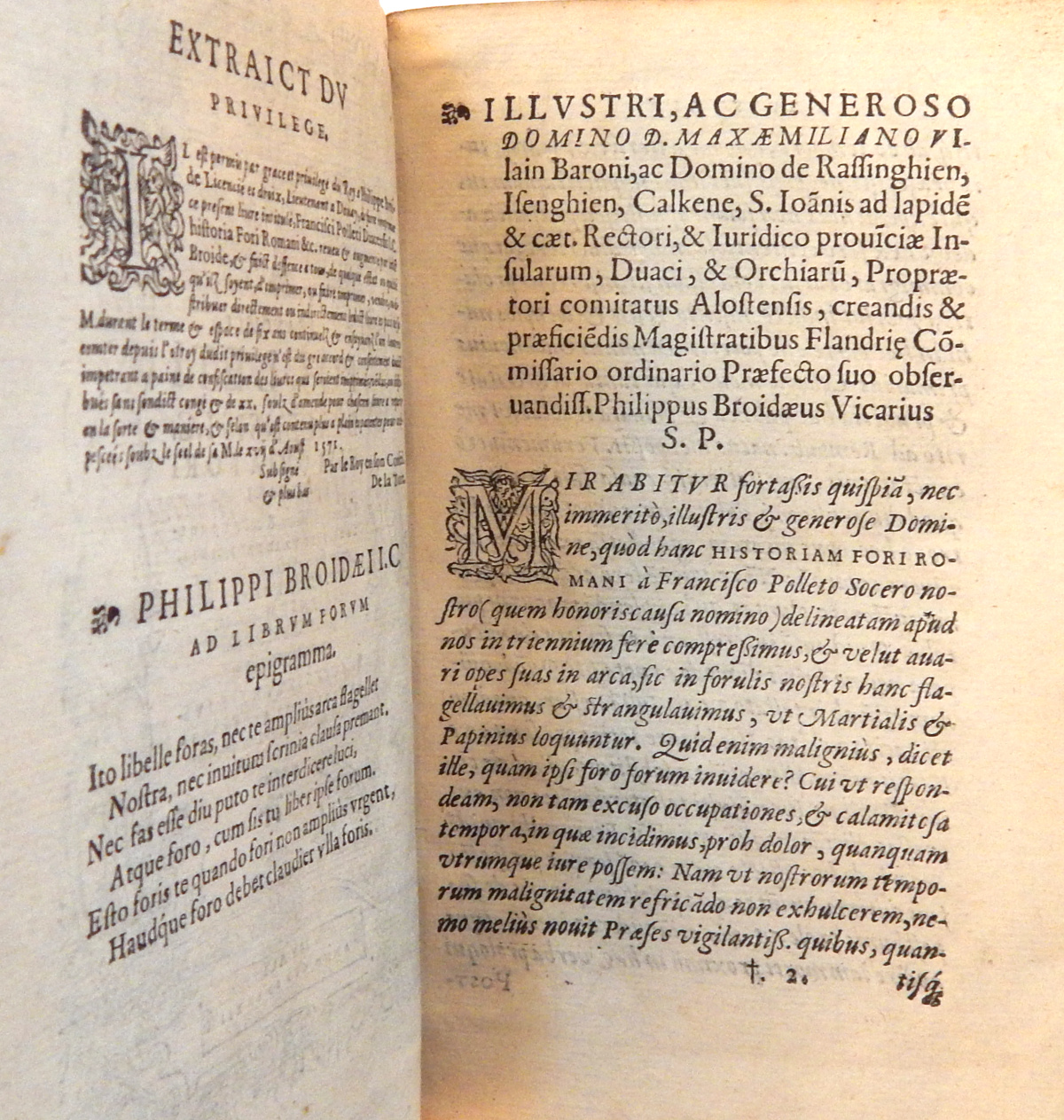 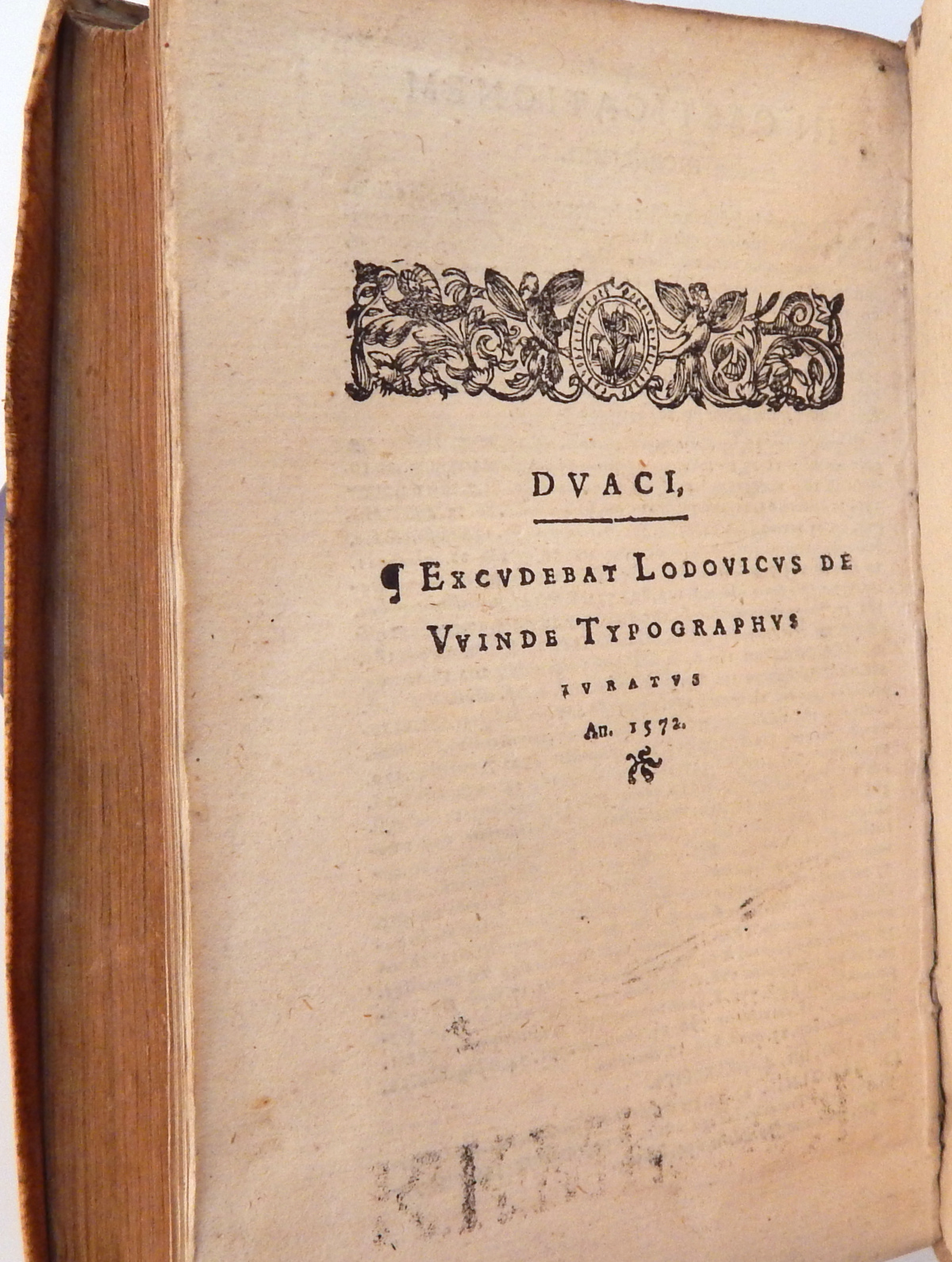 Small octavo (16.5 cm): 8 A-3H8 3I8(-3I8), 447 leaves; pp. [xxxii], [1], 2- 814, [48 (index)]. Contemporary vellum with red and gilt spine label. Intricately illustrated title page and inhabited initials. Bookplate on inside front. Previous owner's name and notation, with 1667 date, on front free endpaper. Occasional underlining and marginalia, apparently in the same hand as this owner. Another previous owner indicated on verso of front free endpaper, dated 1722/23. Comparing this book with images and catalog entry at Hathi Trust verfies the missing leaf (3I8) to have been blank. Dampstaining, creasing, staining and rubbing to vellum, ties missing. Rear pastedown starting to lift at corner. Minor soiling to a few pages. Leaf N3 has 1/4" of the corner torn off, not affecting text. This study of Roman legal institutions was published posthumously: "Pollet studied law at Leuven University and for a number of years became a lecturer in law at the University of Paris. He was then called to the bar, and returned to his native Douai, where he married and maintained a legal practice. He died young, leaving the incomplete manuscript. ... His work was later edited and put into print by his son-in-law, Philippe Brode, a member of the city council of Douai." [Wikipedia] First Edition.