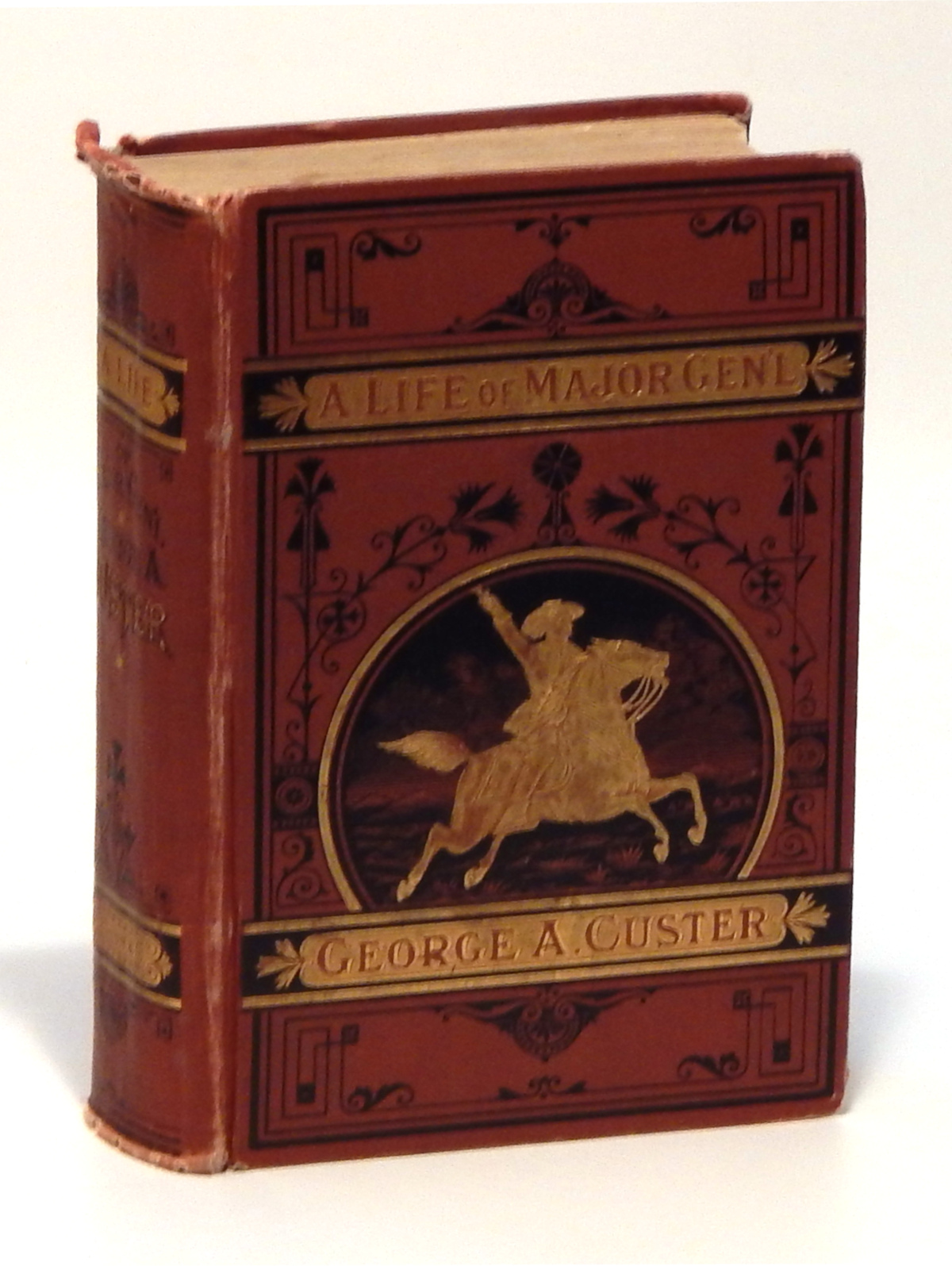 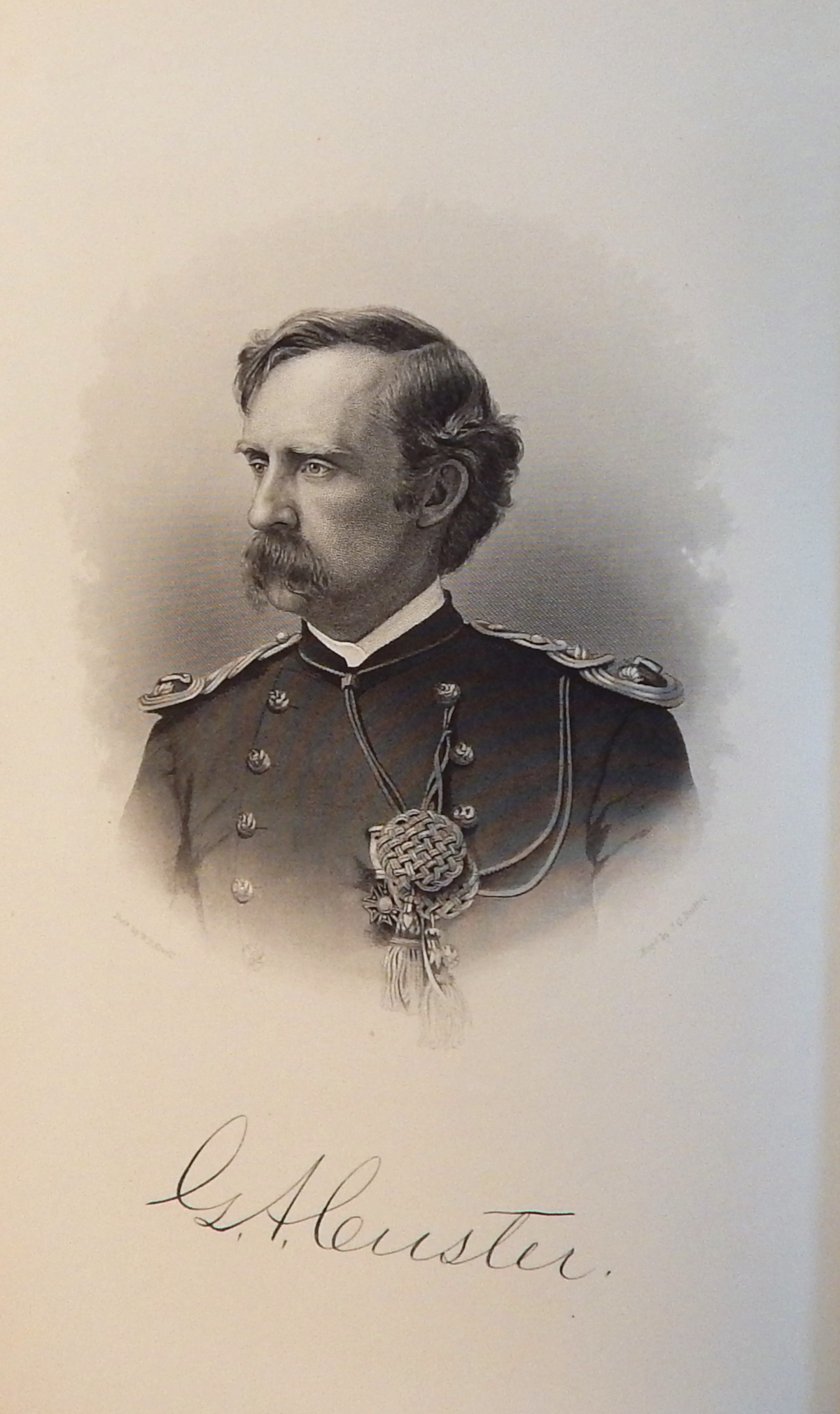 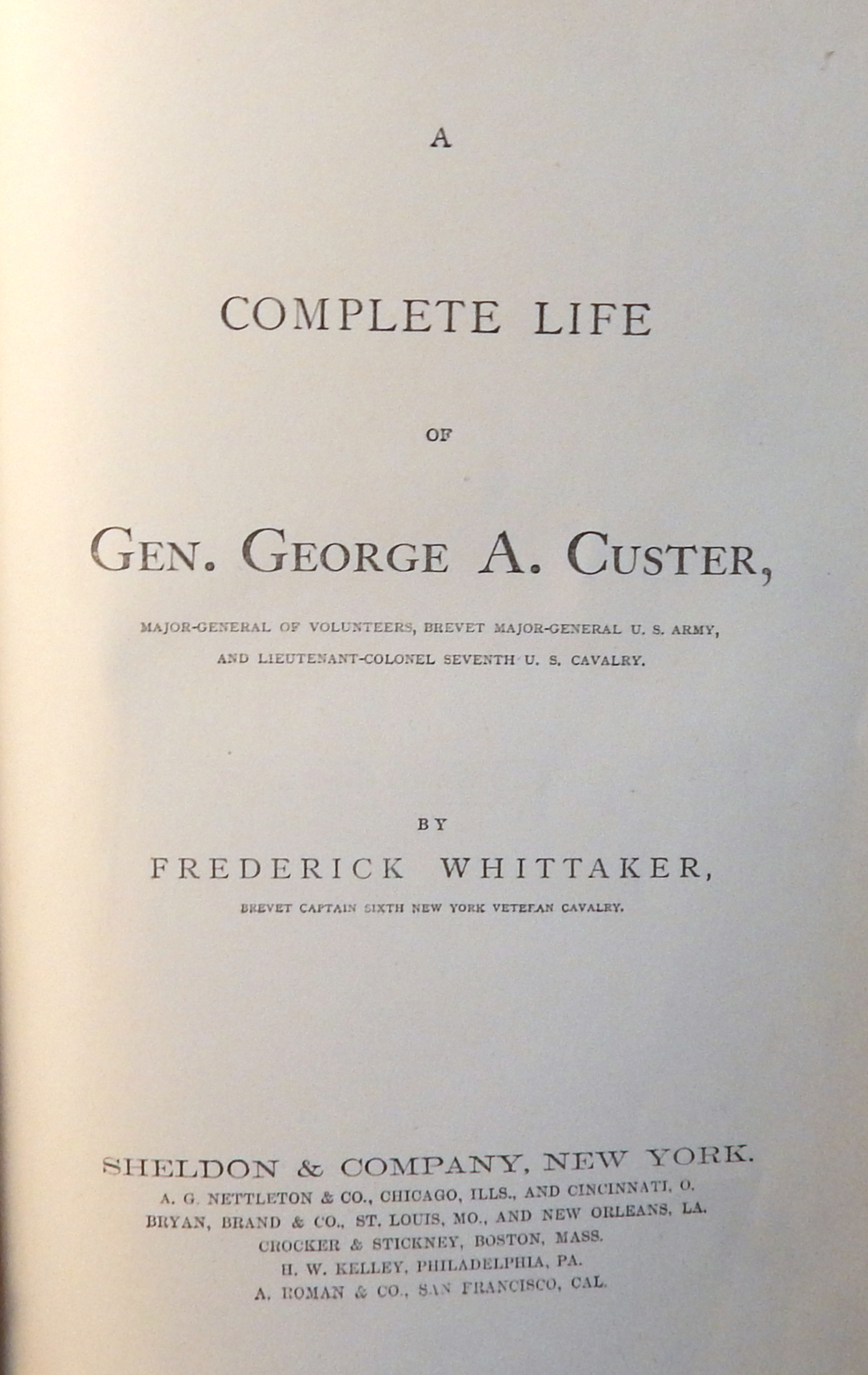 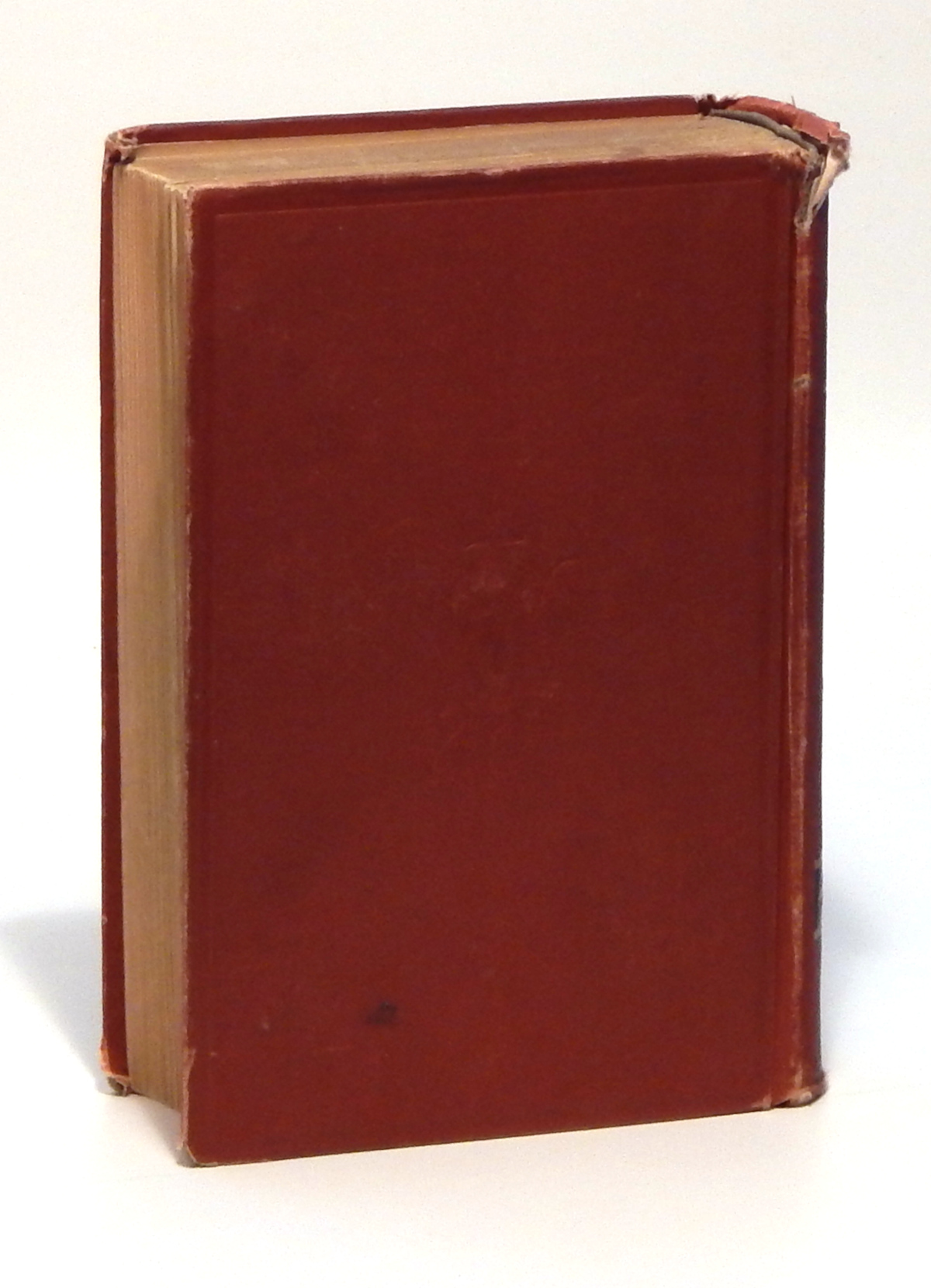 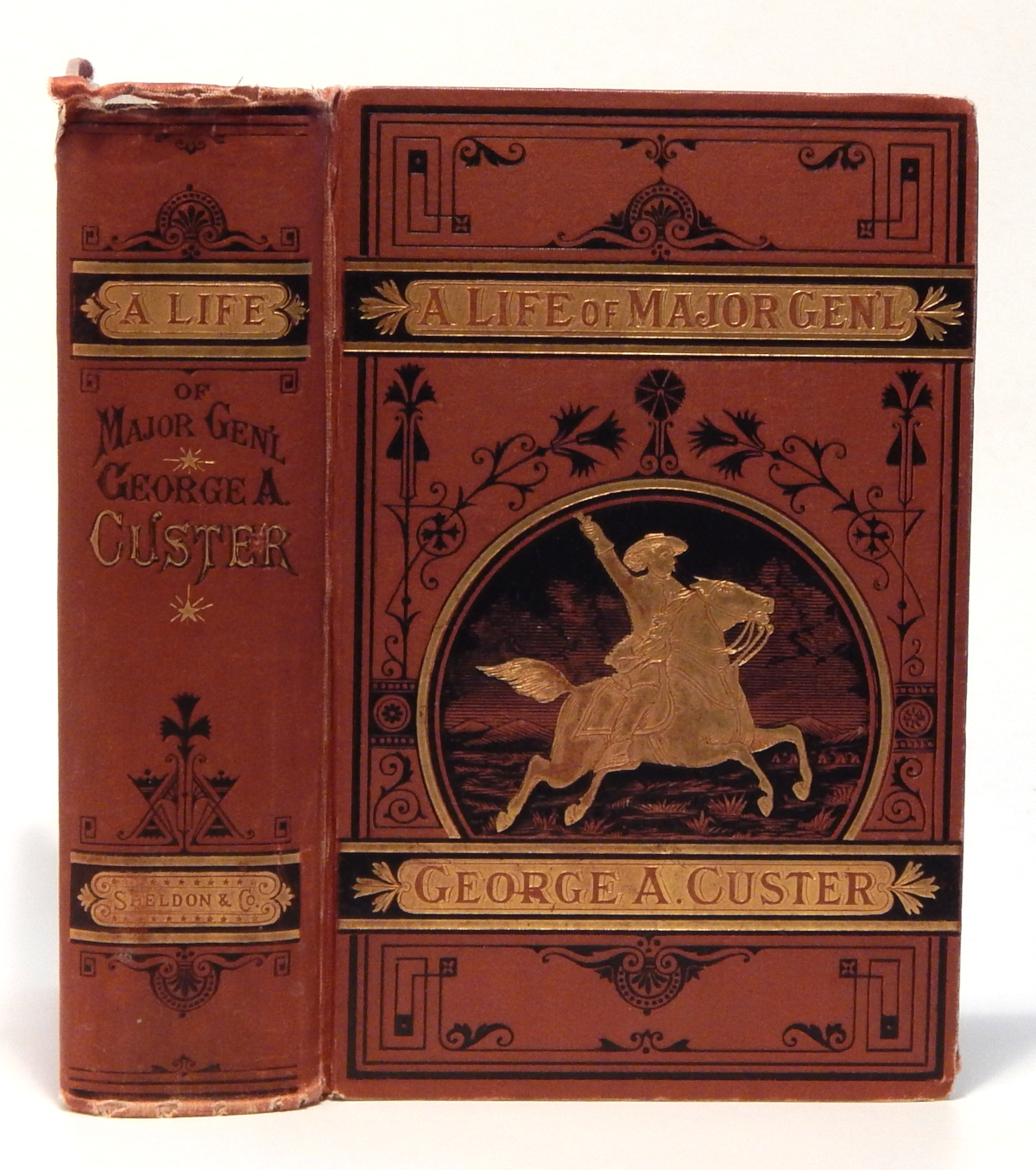 A Complete Life of General George A. Custer

Octavo (24 cm), pp. [2], [[v], vi -x, [1], 2 - 648, [2], including index. Pale red cloth with gilt and black titling and decorations. Frontispiece with tissue guard, numerous plates and vignette illustrations throughout. Previous owner's stamped name and address on inside front board, small stickers and pencil notations on front free endpaper. Spine cracked and moderate edge wear. The first biography of Custer, published just six months after his death, was the beginning of the "Custer myth." doing much to recast the much-criticised, bungling general as a great American hero, as evidenced by the dedication: "To the American people whose liberties he so gallantly defended, and especially to the American Cavalry, past and present whose greatest pride and brightest ornament he was." First Edition.

Title: A Complete Life of General George A. Custer

A Complete Life of General George A. Custer