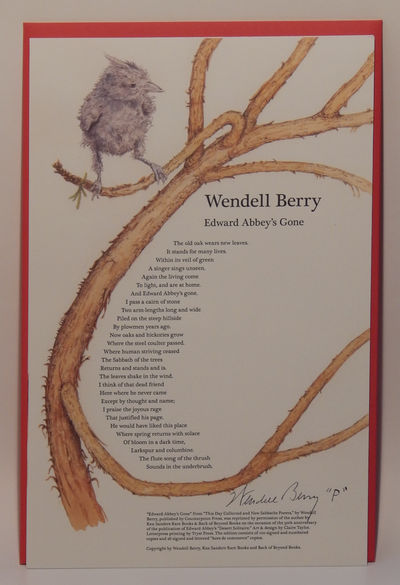 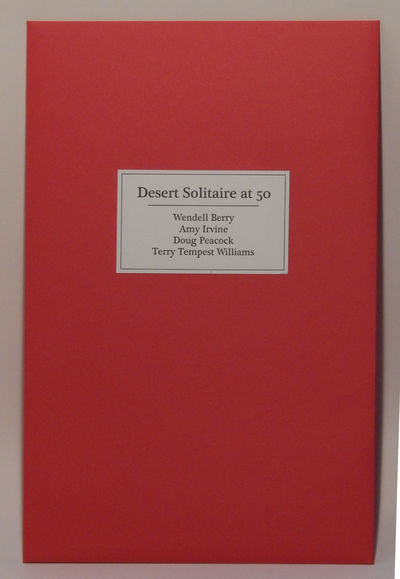 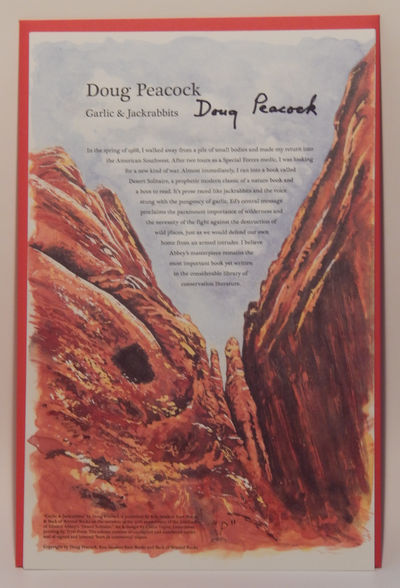 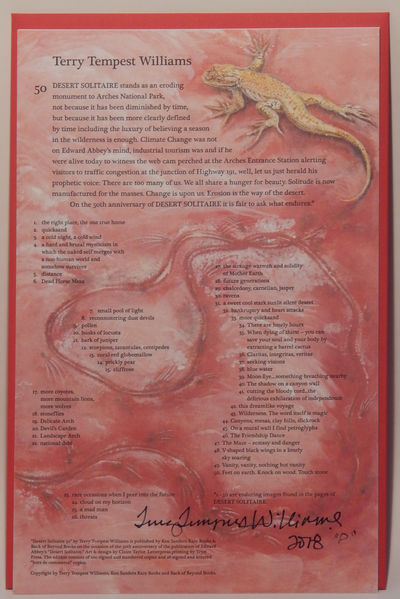 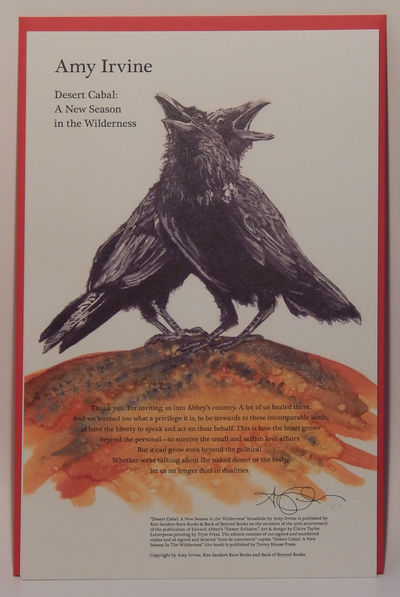 Set of four letterpress broadsides featuring essays by Berry, Irvine, Peacock and Williams (and signed by each), accompanied with lush artwork by Claire Taylor. Includes Edward Abbey's Gone, Desert Cabal: A New Season in the Wilderness, Garlic & Jackrabbits, and Desert Solitaire 50. Broadsides are brand new, sealed in a bright red envelope. These are from the 26 hand-lettered hors de commerce copies.Berry, Peacock and Williams were close friends of Abbey's (Peacock was the model for Abbey's infamous character, George Washington Hayduke), while Irvine has fashioned herself as a critic of the deceased author. Utah artist Taylor describes her work as "an instrument to address my discomfort with being human. My artistic process involves asking myself questions regarding the implications of the encounters I have with wildlife and natural landscapes and investigating the impressions that remain with me following these encounters. ... Ultimately, my artistic process has facilitated my acceptance of being human. I have come to view myself as both human and animal, and not two separate categories: I am human animal."