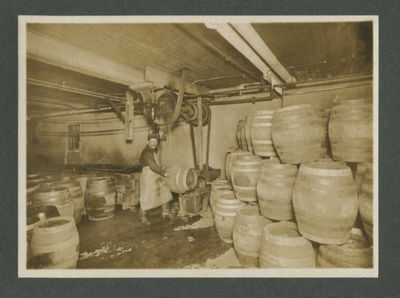 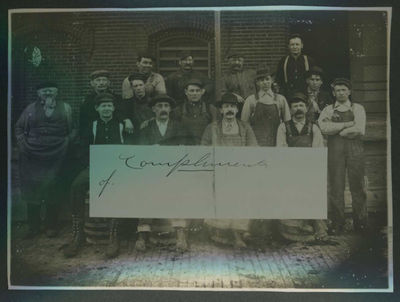 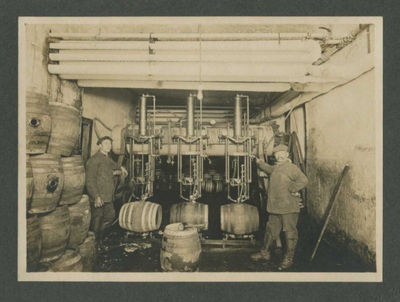 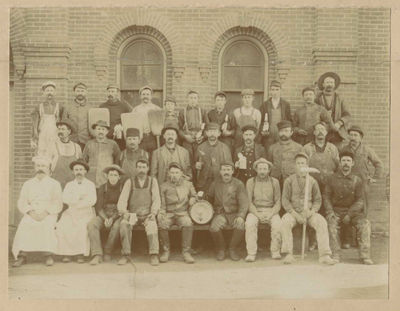 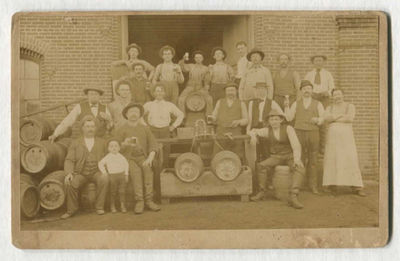 Small collection of original photographs of The Kessler Brewing Company of Helena, Montana. Although undated, all the images were captured in the late 19th century, likely during the 1880s.Located on Helena’s far west side, The Kessler Brewing Company was originally founded by Charles Breeher as the Ten Mile Brewery in 1865. Nick Kessler, a Luxembourg-born entrepreneur who turned from gold prospecting to trade and manufacturing, bought out Breeher in 1868 for 345 ounces of gold dust and some additional gold coin. Among Helena’s first industries, the brewery was enlarged between 1868 and 1874 and with the installation of the first carbonic ice machine west of the Mississippi, it emerged as one of the most modern brewing establishments in the northwest. At its height, it brewed over 200 barrels and produced more than 24,000 bottles a day. Kessler survived two World Wars, Prohibition, and a pair of devastating 1935 earthquakes before ceasing production in 1957.Each of the five photographs is mounted on period mat board. They include:An image (7 ½” x 4 ½”) of Kessler employees, many with pints in hands, posing alongside wooden kegs outside the brewery, circa 1880. The imprint of Helena, Montana photographer Arthur Canning appears on the verso of the mount. Another period example of the this undated image can be found in the collection of the Montana Historical Society. Photograph (7” x 5”) of a cooper surrounded by barrels inside the Kessler Brewery. Another 7” x 5” photograph, this one of two workers filling barrels inside the Kessler Brewery. A larger image (8 ¼” x 6 ½”) of fifteen Kessler employees posing outside the brewery. This photograph was apparently intended for presentation and features a rectangular overlay (“Compliments of”) in the negative. Another larger photograph (8” x 6”) of Kessler employees posing outside the brewery. Some are seen holding the tools of the trade, while others have either a stein or bottle in hand.There is some generally minor edgewear to the mat boards, with a bit of soiling to the first and fifth photograph. The fourth image is lightly scuffed in a few places. There are two horizontal creases to the fifth image, one affecting the photograph.